I am a team member of Friendship for Dogs, which is a German – language initiative for a non-violent and fair way of living with dogs. Our motto is respect, trust, understanding. This is the second of three personal experiences on these themes.

It's 10pm and I'm standing at the window of my flat, watching whole tree branches flying down the street. Summer storms can be beautiful to watch and so very violent. It's belting with rain. No way I can take Leicester and Chai for their stroll round the block.

'I'm really sorry,' I say to them, 'but it's too dangerous and you'd hate it. I promise I'll take you out in the middle of the night if you need to go, but we'll have to wait for this to pass. I don't want a tree to fall on us…' I felt I owed them an explanation and I remember saying this out loud. We all went to bed. 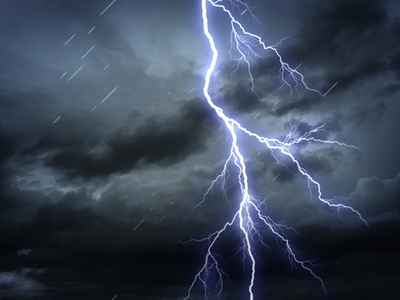 I was not in a good place with my dogs.

Chai had just come to live with us, stressed-out, lungeing and barking at other dogs. Leicester had reached adolescence and started attacking puppies in the dog park.

I'd been to puppy school with him, practised behaviours like 'Sit' and 'Stay'. I thought I was doing everything right. Now, faced with inappropriate behaviours, I had no idea why they were arising, no idea how to cope with them, no idea how to help my dogs through their issues. It was emotionally draining and I felt a terrible failure.

Trainers advised me to train more obedience behaviour, and people 'who had had dogs all their lives' advised me to be stricter, by which they meant punishing my dogs for misbehaving. I still wanted to raise my dogs positively, only I didn't know how to prevent issues or help my dogs through them. Do you know this dilemma?

Today, I can see that Leicester had been treated badly when a puppy by other dogs, in situations I had mistaken for play, and when he reached adolescence, he was using this bullying behaviour on other young dogs. He was insecure; he'd had too little support from me. Chai's arrival was another stress factor I hadn't been able to help him cope with.

At 2.40 am, Leicester woke me by prodding my arm gently with his nose.

'It's no use', I thought, 'I've got to get up'…I pulled on some trousers and a jacket over my pyjamas. It had just stopped raining and I opened the window wide, as the air was humid and stuffy.

We set off round the block. Leicester and Chai inspected the debris strewn everywhere, sniffing the air now fresh from the rain and wind. Although I was tired, I let them take their time. Fair's fair. They'd waited so patiently and asked so politely. Why hurry them?

I love the streets of the city when they're quiet and empty. On the third side of the block, Leicester and Chai took a long time inspecting the fallen tree. A good thing I'd decided not to risk going out during the storm!

Suddenly, Leicester left the tree. Chai and I followed him at a smart trot down the road to our block of flats. They looked neither left nor right, no more exploring. I was quite glad because by now I was looking forward to getting back to bed. We walked up the four flights of stairs to my flat. I opened the door, took off their leads and harnesses. The moment I walked into my bedroom, the heavens opened and I hurried over to close the open window.

Leicester had waited for the storm to abate, he'd woken me at exactly the right time and he'd timed the walk round the block perfectly. For once, I'd had the wit to listen and respond to him. He lay down on his bed and I thanked him profusely: 'Leicester, you did that brilliantly!' He rolled over on to his back and let me rub his tummy. He was so pleased that I was pleased with him.

In the early hours of that morning, I realised what extraordinary capabilities my dogs have and that they're doing a brilliant job of being a dog! I realised they didn't need more trained behaviours. They needed me to understand them better and how they perceive the world. I realised they need my attention, my protection and support. I didn't know how to do that yet, but I knew it was the way out of my dilemma.

I made Leicester a promise.

'Leicester, I'll always trust you. I'll learn to understand you better!' He wriggled on his back and looked happy for the first time in weeks. Next day, I registered for my first trainers' education course. I started learning about what my dogs really need to feel secure and happy, and to trust me.
And that changed our relationship for ever.