I am a team member of Friendship for Dogs, which is a German – language initiative for a non-violent and fair way of living with dogs. Our motto is respect, trust, understanding. This is the first of three personal experiences I wish to share with you on these themes.

I'm encouraged to think that more and more behaviour counsellors are involved in educating about a respectful way of living with dogs, with due regard for their feelings, wishes, and rights. Encouraged about winning back the true meaning of the word "respect" from its misuse as a euphemism for fear.

In the old days, when people talked of children having respect for their parents or teachers, when they talked of dogs respecting their owners, they often really meant they should f e a r them.
I googled 'respect definition' and read this:
respect/rɪˈspɛkt/ noun 1. a feeling of deep admiration for someone or something elicited by their abilities, qualities, or achievements. 2. due regard for the feelings, wishes, or rights of others.
3. a particular aspect, point, or detail.
verb 1. admire (someone or something) deeply, as a result of their abilities, qualities, or achievements. 2. have due regard for (someone's feelings, wishes, or rights). 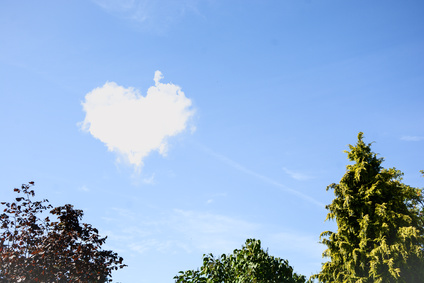 This personal experience illustrates the attitude I'd like to cultivate.

As I explain elsewhere, I'm a practising Buddhist. For many years, I've held Buddhist meetings at my house. Of course, we all greet each other when people arrive for our ceremony. One of my Buddhist friends, whom I'll call Eigi, has practised for about 45 years. He always greeted my dog, Leicester, and when he left he always said good-bye to him.

I didn't notice at first because he did it so naturally. Eigi doesn't have a dog, neither does he have a particular interest in dogs, as far as I know. He didn't make a thing of it, didn't demonstrate how cute he thought Leicester was or anything like that. Neither did he make a joke of it.
He simply bowed ever so slightly in Leicester's direction, as he said hallo. He also didn't walk up to him, bend over him, touch him, or invade his personal space, as people tend to do with children and animals. Just 'Good evening, Leicester' or 'Goodbye, Leicester' and the almost imperceptible bow.

One evening, as Eigi was leaving, he said to Leicester, 'Oh, you've got such tired little eyes,' as one might say to a child: 'It's late and you're tired. I'm sorry we stayed so long. We're leaving now.' I said to Eigi then: 'I think it's so nice that you always greet Leicester and say good-bye to him'.
He looked surprised, as though it was completely obvious why he did this. He said modestly, 'All beings are the expression of the compassion of the universe, so of course I make no difference.' He meant no difference between the respect he feels for people and the respect he feels for my dog.

How much effort we expend convincing people that we should respect dogs!

I truly believe that respect is a simple expression of our natural compassion. I have due regard for the feelings, wishes or rights of my dog, because it is his natural right. Just the way he is.

I never noticed then, but it occurs to me now, as I write this: Leicester also showed his respect towards this man who was so quietly kind to him, who thought him worthy of attention, without asking whether he deserved it. Leicester always, without fail, accompanied Eigi to the door when he was leaving.