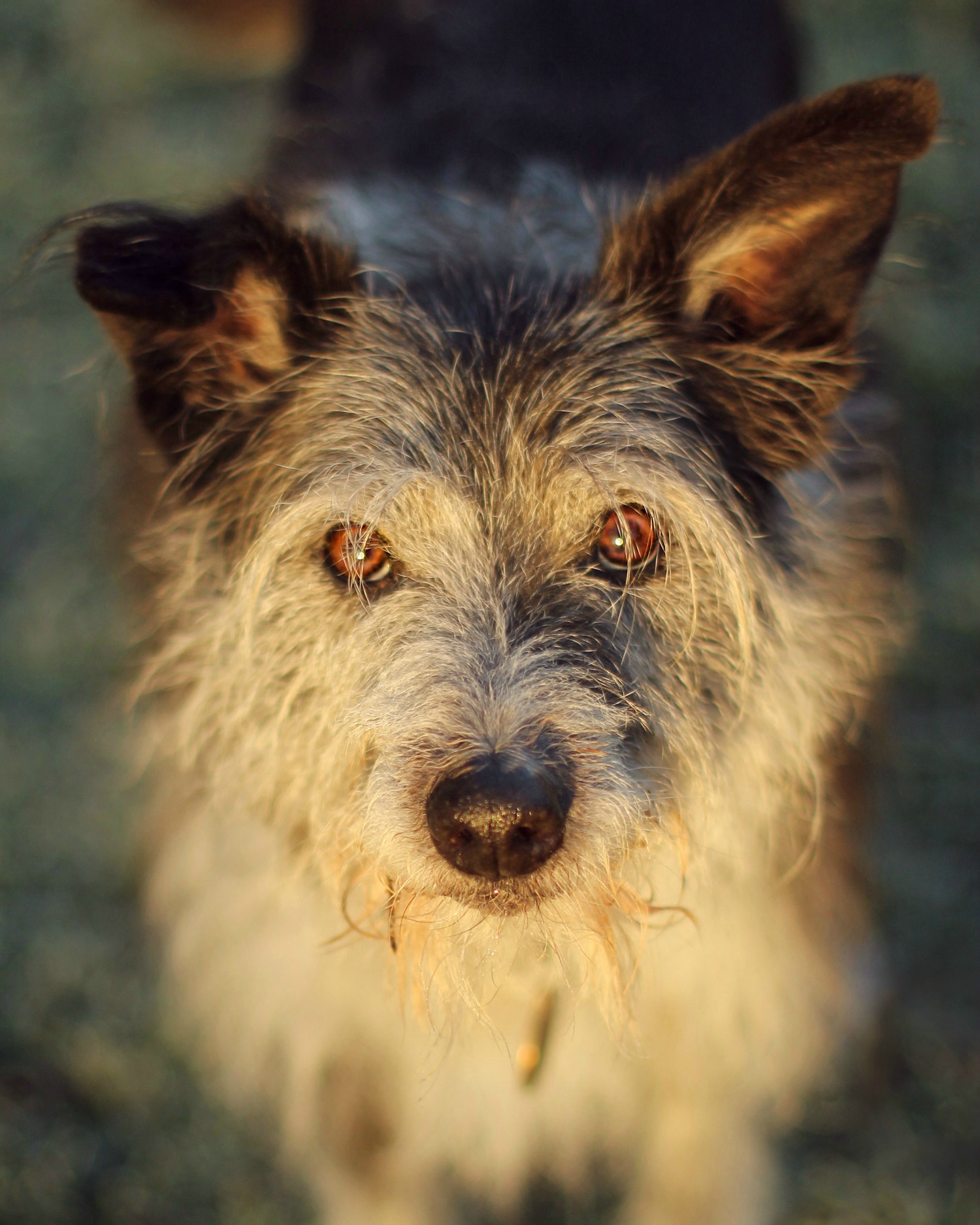 How accurate are the tests which assess shelter dogs for rehoming?  Do they predict whether a dog will be aggressive in their new home?
Are the tests fair, or can they sometimes set up already stressed and vulnerable dogs to fail?
What might be a more reliable – and more ethical – way forward?

One of the most challenging aspects of shelter work is making sure that the animals you have match the homes that are being offered. With the best will in the world, we all know and accept that the most loving of homes isn’t necessarily the ‘right’ home. Shelters are involved in matchmaking their animals with families, and that is not always easy especially when dogs are adopted quickly. Shelters are often bound by the restraints of inadequate funding and lack of a capable, experienced and trained volunteer/staff force.

For this reason, some shelters employ simple assessments as a way of helping them match the animals they have with the families who wish to adopt. This involves making decisions about behaviour based on a short test. The promotional materials of these tests suggest they help us know the risks for that dog so we can therefore use them to make better matches. Indeed, one of the tests is called “Meet Your Match” and it no mention of aggression at all. You can see the appeal for shelters if you can administer a ten-minute test that will give you your answers. Many of the failed adoptions we experience are as a result of poor placement so it’s vital dogs go to the right environment. That depends on us knowing a lot about the dog.

Knowing the dog’s behaviour and personality can be incredibly hard, though, for many reasons, not least the lack of information you have about the dog and how they arrived at the shelter. Yet two-thirds of behaviour is based on history. Dr. Susan Friedman says behaviour is a mixture of “genetic history, individual behavioural history and current conditions”. In other words, we need to know what they are born with, what they have learned and how they are affected by where they are.

Yet when we don’t often even know what breeds our shelter dogs are, and we certainly don’t have pedigrees and parentage, when we don’t have any information about the situations in which they’ve learned behaviour, all we are left with is the dog, right now, right in front of us. A dog in a shelter that we may be looking to find a home for in less than 24 hours.

For this reason, we rush to make assessments so that we have something we can say to prospective adopting families. We don’t want to keep the dog with us longer than is necessary but we’re under a lot of pressure to make sure we don’t adopt out ‘dangerous’ dogs. Whilst fearfulness is the major behavioural cause for a return to the shelter, that’s not something people get upset about on social media. They don’t care how many dogs run away on the first night or escape from the car, jump out of windows, back out of harnesses, how many dogs brought back after three months because the owner says the dog still won’t come even for a treat. Fearfulness isn’t newsworthy.

So instead, we focus on dogs who bite because they are the ones who will make the news if we don’t.

Even in rural France, local news reported a ‘rescue’ dog in Virginia who had killed its elderly owner on the first day out of the shelter. They wouldn’t find space to share our shelter story about two local dogs who had run away during a thunderstorm when we needed their readers to help find them, but a dog killing its owner in another country is news. This public perception is no doubt why we focus so much on aggression testing. Though fearfulness is more common and the returns would suggest it is a tougher behavioural problem to overcome, fearfulness usually doesn’t harm us in the same way and it certainly doesn’t get shares and likes or angry faces on Facebook.

So shelters are faced with time constraints and a requirement to make a judgement about behaviour, particularly about aggression. It’s a risk assessment of sorts. And there are plenty to choose from. Assess-A-Pet, SAFER, MYM, C-BARQ, the American Kennel Club Good Citizen test, the American Temperament Testing Society, SAB… I could go on.

Many follow similar lines and test dogs in a range of situations designed to test either a fear or an aggressive response to new stuff. Shelter tests tend to be narrower, focusing on aggressive behaviours. SAFER promises to assess a dog in less than ten minutes. It has seven items on it which get more and more challenging. Assess-A-Pet is a 15-minute test which has similar items. You will find some variation but a lot in common between many of these tests.

So you can see why shelters buy into them. Ten minutes to rule out resource guarding and aggression towards children? It’s a no-brainer.

Quick assessment… promise of the ability to diagnose a range of problems and identify risks… no need for special resources other than plastic hands, a bone, some food and a plastic doll… no need for extensive or expensive training courses…

What wouldn’t appeal to the cash-strapped shelter whose staff are already stretched to the limit?

Add to that some pretty hefty rhetoric about how they’ll help you place “safe” pets and improve your reputation, how they help you be a more “humane” shelter and how, if we don’t use such tests, we are putting “risky” and “dangerous” dogs into the community, and you’ve got a formula to get every shelter manager signing up.

But with everything to do with behaviour, we must remember THERE ARE NO MAGIC BULLETS. There are no cure-alls and nothing that fits all situations. Nothing that can solve everything in one single shot.

If you can do something in ten or fifteen minutes with something as complex as a dog, there are bound to be holes. When you start looking at the real dogs around you in shelters, you’ll see why.

I’m going to tell you about two of my adoptions and you’ll see why aggression testing would have failed them. I know basically how they would behave for each of these tests because the things they observe are the things you do daily in a shelter. You ask dogs to interact with strangers. You feed them. You take them to the vet for treatment. You handle them. You see how they are around other dogs. You’re probably just not provoking them and recording them on a checklist like the tests do.

The first of the dogs I’m going to tell you about is Tilly, my American cocker spaniel. 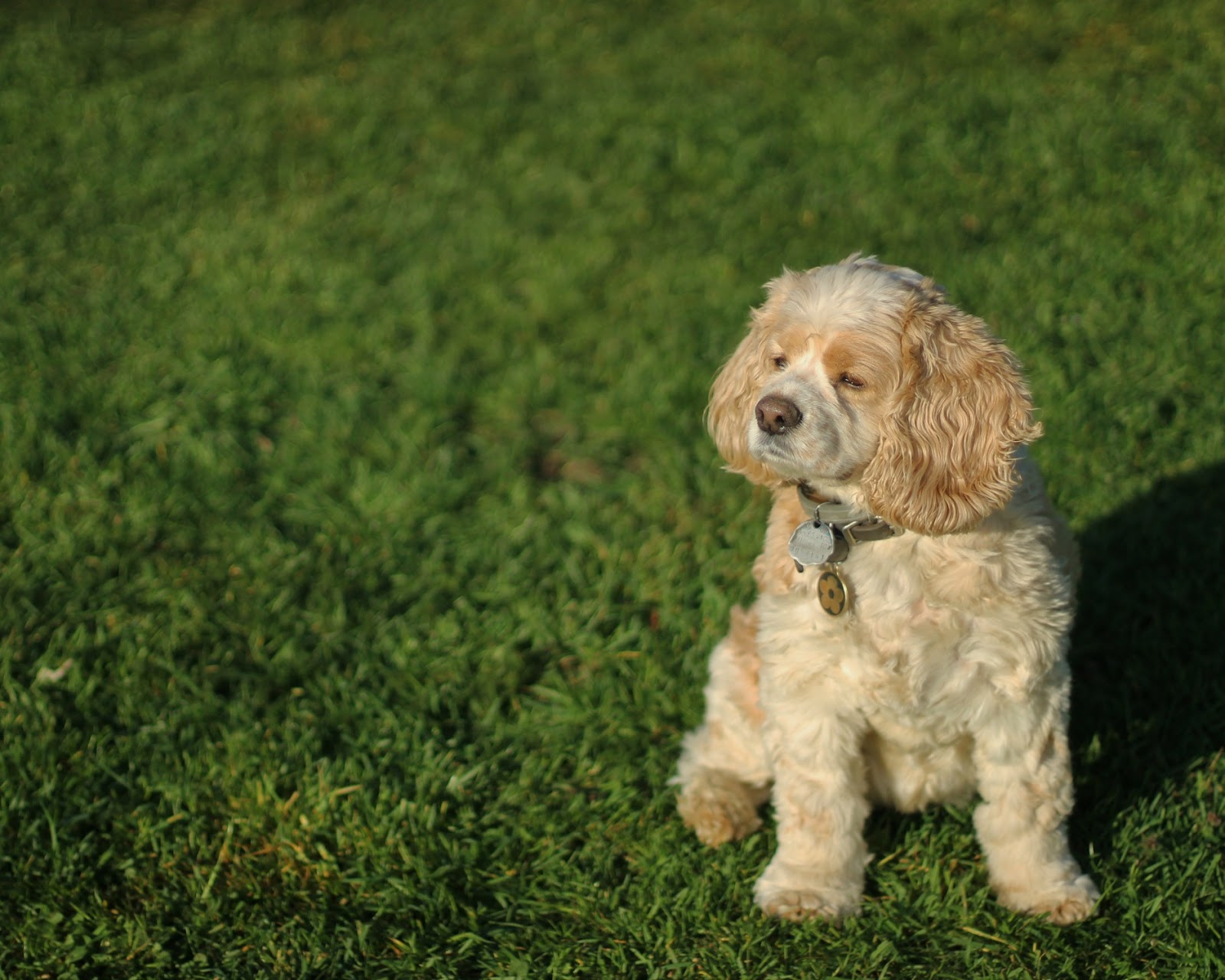 She is touch sensitive, barks at strangers, she guards toys and resources. She hates having her feet touched. She growls at people near her food bowl. She once chased a German shepherd down the street. Tilly would fail absolutely all the assessments with a stranger and with strange dogs. Tilly has been with me for seven years and she has never bitten me. She is groomed regularly, handled often, always at the vets, out in public every day and she’s welcomed almost fifty dogs into her home as fosters in the last three years. Tilly would have failed assessment without a doubt and she would never have been the adopted out to become the apple of my eye as she is now. Who would want a grouchy, grumpy, growly, guardy touch-sensitive dog?

The second is Amigo. 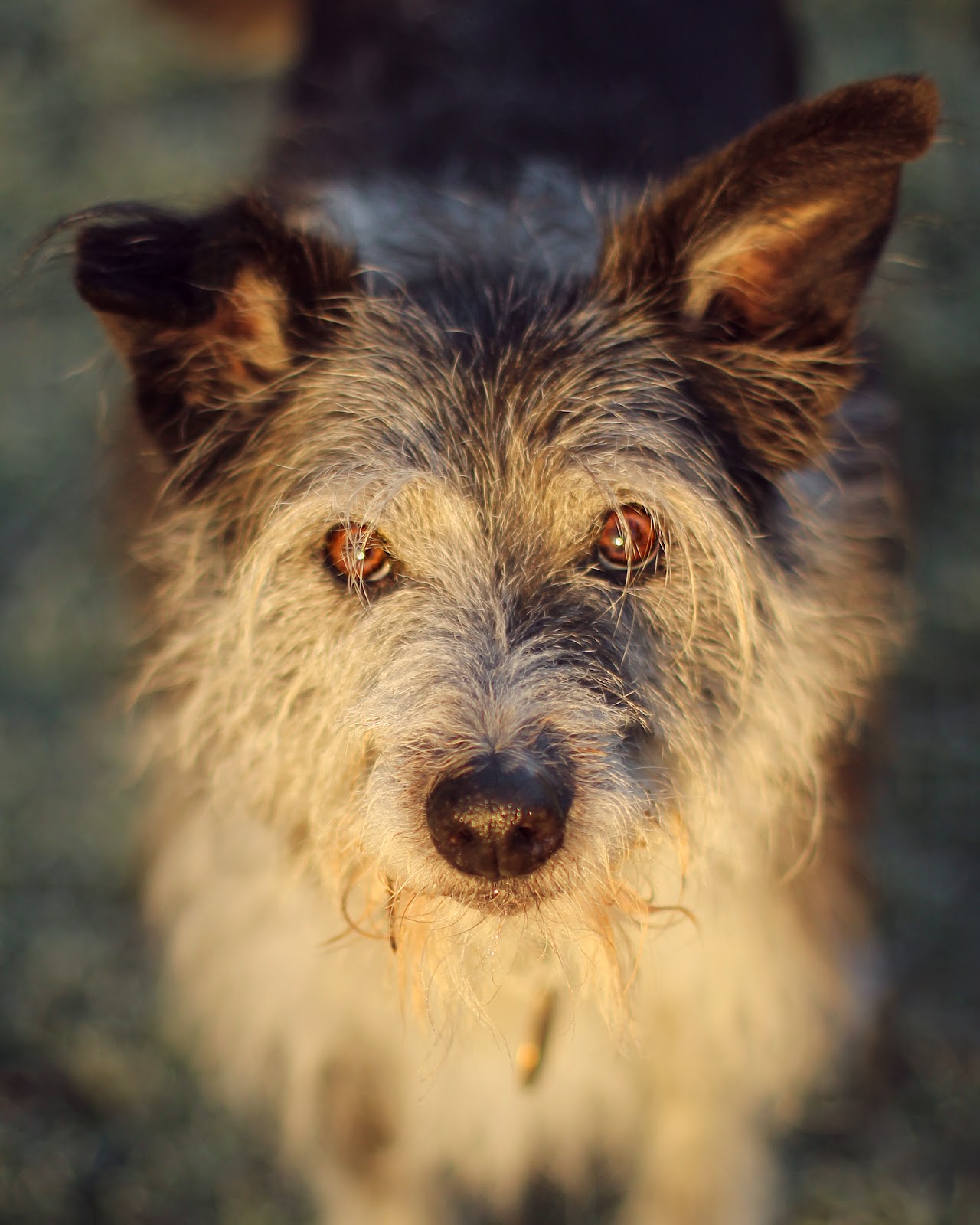 He’d have ACED the test. He never barks at strangers. He wags and approaches gently. He goes up to old ladies and puts his weary head on their knees and they fall for his charms. He accepts dogs and people near his bowl and although he has some toy guarding issues around familiar dogs, he doesn’t around people. He is friendly if reserved around other dogs. Amigo is named Amigo because our pound staff thought he was the friendliest dog they had ever met. You know where this is going.

I brought him home and he has fought with all of my dogs, one by one, always over resources. He guards his toys from  from other dogs from time to time, fights over food, and he has nipped me when I restrained him to treat an ear infection. He has canine cognitive dysfunction and he is deaf… but they’re things that have happened long after his adoption, and his aggressive behaviours have got worse as he ages, as behaviours often can. They certainly are not behaviours he would have showed in the shelter. He would have passed the Assess-A-Pet test and the SAFER test, and his life after the shelter exposes some of the many, many gaps that ‘temperament’ tests and ‘aggression’ tests don’t cover.

Resource guarding familiar items from familiar dogs isn’t the only thing that many of the assessments don’t ‘diagnose’. They don’t identify pain-related issues either. The types of aggressive behaviour that my dogs display in the home are often things that quick tests in shelters can’t and don’t cover: predatory habits, behaviours with familiar humans, territorial behaviour, behaviour with familiar dogs, pain-related aggression in elderly dogs.

Then there is Effel, my foster dog. He’s another who would ace the quick in-shelter assessments. Yet his predatory behaviour is extreme enough that he could not be placed in a home with small children, cats or even small dogs. It’s not aggression and there is no way you would see these behaviours in any kind of in-shelter test. 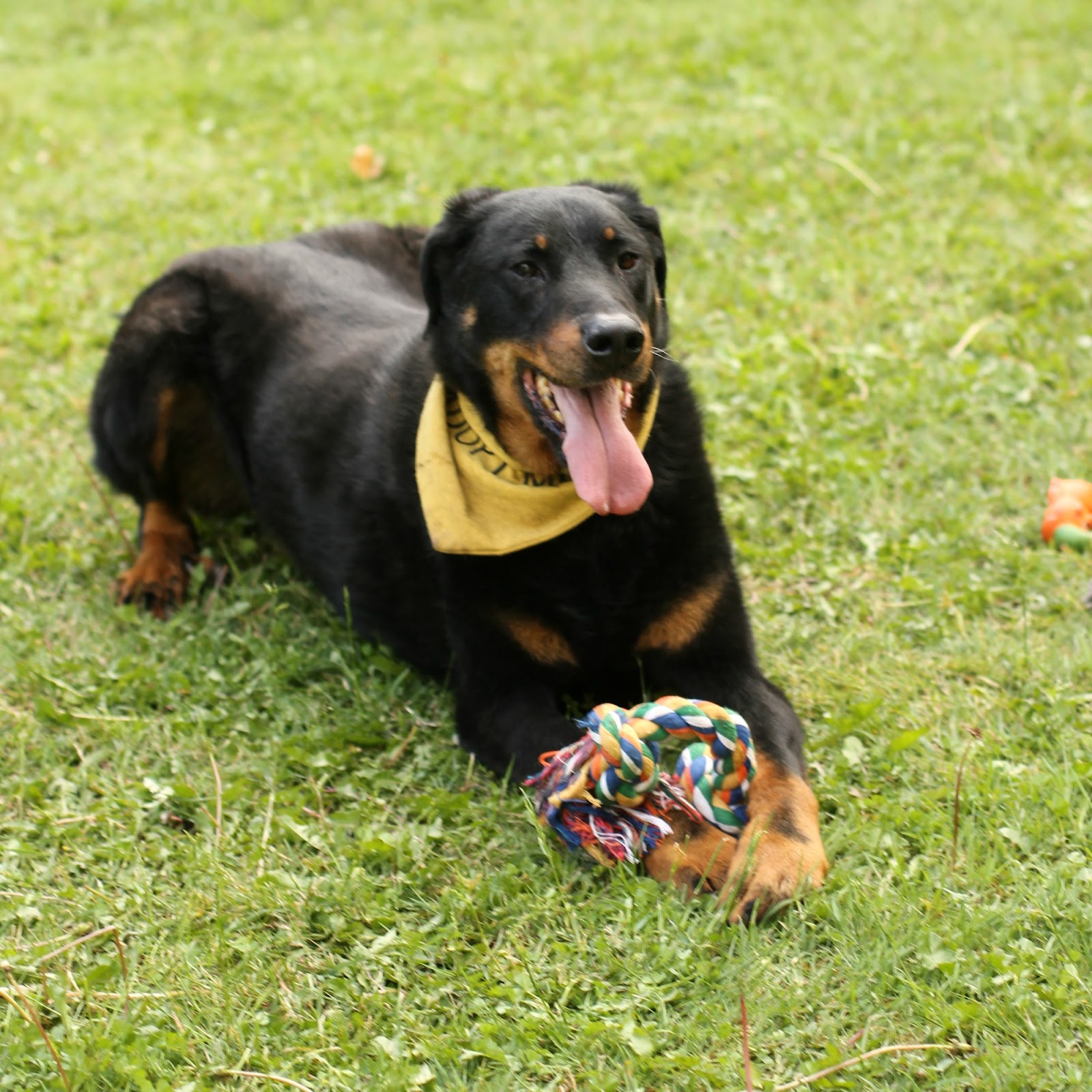 The C-BARQ test is a little different from the others. This has been the subject of better scientific review and checking, where the others have never been subject to rigorous study, Although it relies on owner reports of behaviour, studies suggest that it is more reliable and tests for more things than the other assessments, as you can see from this sample summary for one of my shelter posse. 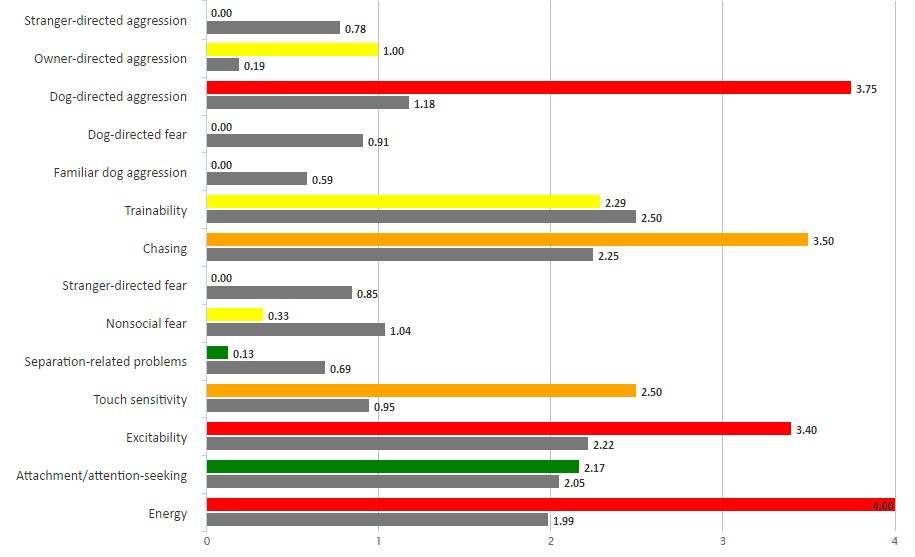 C-BARQ is not just broader in scope: it also encourages you to reassess and compares breed types against a norm. It poses problems, however, in that you cannot use it for dogs that have just arrived in a shelter, because it asks you questions about their history and behaviour outside the shelter that you simply can’t answer. Whilst it is a very helpful tool to identify aspects of canine behaviour that need addressing and I often use it alongside owner questionnaires at the beginning of a behaviour modification package, it is tough to answer accurately in a shelter setting.

Dogs are living beings with their own unique life experience. As you are aware, there are no magic bullets in dog training, and neither are there in assessment. There are no quick answers and we should bear that in mind when considering how we test our dogs.

I’d therefore like to look specifically at a number of factors which can compromise the reliability of in-shelter assessments in Part II of this series.
In Part lll, I’ll be exploring some of the functional and ethical issues surrounding ‘aggression’ tests in more detail.

Emma-Jane Lee is a canine behaviour practitioner and dog trainer based at the Refuge de l'Angoumois in France. As a trustee, she helps to oversee the direction of the shelter, which is one of France's largest pounds and adoption shelters. She photographs their dogs and runs www.woofliketomeet.com, a website dedicated to helping solve the little niggles of adoption and dog ownership. She is also an English teacher and consultant, having worked at local and national level in the UK.